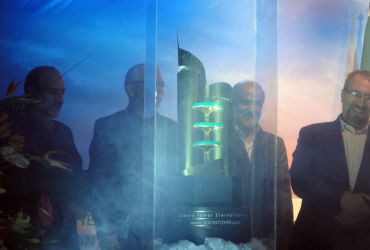 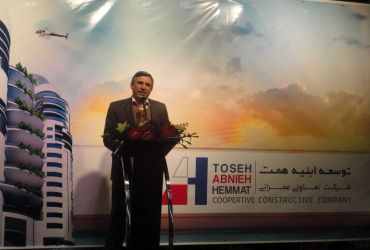 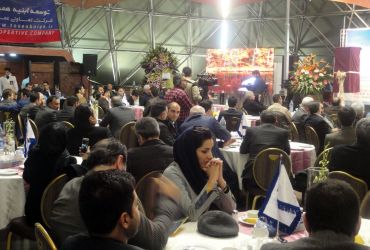 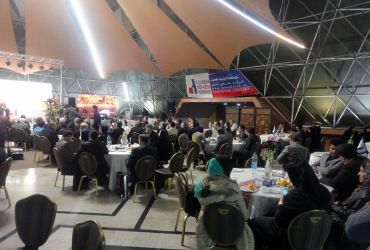 The new logo unveiling ceremony and the presentation of presell documents of ‘Lexon luxury tower’ was held in Olympic Hotel and was organized by Tose’eh Abnieh Co., the owners and the investors of the project. This ceremony was host to number of iconic figures such as: Commander Hayat Moqadam (Commander in chief), Mr. Haj Mohammad Sharaf-shahi (Honorable deputy executive officer of Tose’eh Modiriat Finance Minister Resources), Mr. Hashemi (Chief Managing and Executive Director Greater Tehran’s Power Distribution) and number of clients and shareholders of Lexon Project.

This ceremony was themed to introduce and endorse the influential figures and consultants of the project and also reveal the new logo. Mr. Jahromi (The managing director of Tose’eh Abnieh) Co., spoke about the previously executed plans, future strategies and programs of Tose’eh Abnieh Co. Mr. Majboorian (Managing Director of Pai-sa) spoke about the executive project plan and strategies. And Mr. Anisi, (Managing director of The One Iranian), the consultant and sales and marketing engineering executive, spoke about the current prosecuted actions of sales engineering and the future plans for delivery of the remaining units. At the end of this event presell documents of sold units were presented to the shareholders and owners, by Mr. Jahromi and Sharaf-shahi.