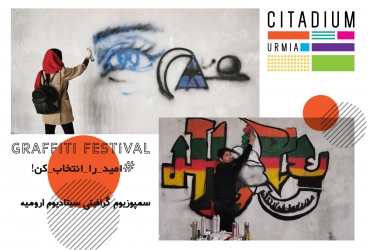 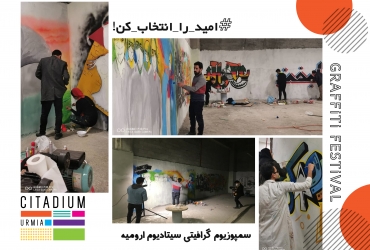 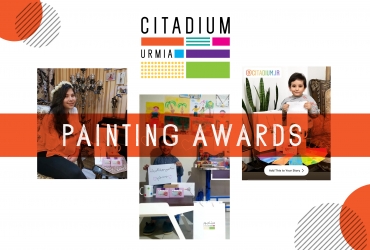 Art, the Citadium’s connecting bridge in the 3rd campaign

Operating the third stage of the campaign which was one of the triple stages of Citadium project in Urmia occurred in the first months of 2020, along with the help of art which is a strong and effective connection among people, and it was conducted by carrying out different programs for the first time in Urmia.

Every advertising campaign is a special devised strategy which is using in media and other advertisement tools that follows specific goals. The purposes of each advertising campaign can include introducing the brand, increasing sales and connecting to a special market. Removing the boundaries of communication with each other, using the insights of expert artists in a modern context, introducing new artists in the field of performance to the city were all the aims of the third Citadium’s campaign.

Citadium Commercial-Recreational Complex is located in Urmia, the center of Western Azerbaijan province, the northwest of Iran. This project is being constructed in 2 phases that its first phase is approaching the opening days. So far, Citadium in Urmia has run successful campaigns in order to connect different classes and ages of people. Making the sense of happiness and excitement, and also enhancing this sense was not just a slogan, and in the thoughts and ideas of the marketing group of Citadium Commercial-Entertainment Complex, paying attention to such matter has been taken seriously. Presence, making connection and running social, cultural and artistic shows in the form of creative campaigns preceding the opening of a commercial-recreational center are all signs of having a modern and new attitude towards our audiences that has happened for the first time in the country.

The third part of the series of Citadium’s campaigns was conducted in the last winter, in 2 sections including running a painting competition and also a graphic symposium. According to our family-centered approach, and the concept of “happy family”, Citadium’s painting competition for the kids of 5 to 12 years old was announced in social media in the last days of autumn, and its results were announced by giving prizes to the winners in February. The competition’s prizes were given in two parts comprising judging and a lottery. Families welcoming and the presence of many kids from Urmia in the competition are the signs of success in the conducted campaign run marketing group of Citadium.

The graphic symposium (graffiti festival)Citadium was held in Commercial-Recreational Center in the last winter in Urmia City.  Graffiti is referred to the class of self-inspired writings or paintings drawn on the walls of public places. this festival was held in order to motivate the spirit of alliance and hope, expanding artistic capacities and raising a useful and effective trend to support performing arts and their artists in Urmia city. Regarding the current situations, marketing group of Citadium in Orumieh took actions to conduct a social campaign, encourage and inspire people. With the title of #choose-hope, the graffiti symposium invited the city’s artists to promote the sense of hope.

Regarding social marketing concept, in formulating marketing policies, managers of marketing of organizations and big companies consider important factors such as the company’s benefit, customer’s needs and also the society’s profits.

This symposium was held in 2020 February 29, With the presence of some art students and artists of graffiti or wall-painters artists, and also well-known artists of Urmia as the judges of the competition. In this part, cash prizes were given to three referee-selected works. All the judges and participants were appreciated by Citadium Complex, and the prizes and certificate of attendance at the Wall Painting Symposium were given to the participants.