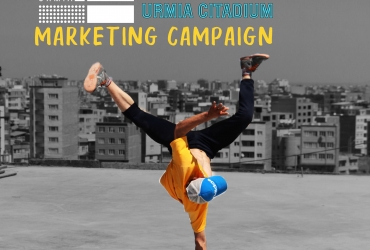 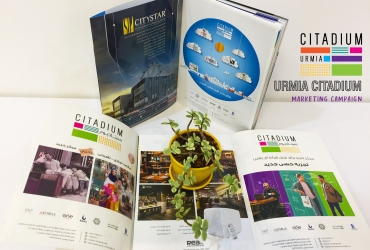 Marketing team's performance in the successful campaign of Urmia Citadium

The One Iranian Marketing professional team started the first Campaign of Citadium with the approach of introducing the brand of Citadium and informing the brand's identity.

The first step of this campaign, following the establishment of the market research team in Urmia, was a Delphi meeting for brainstorming, which was held by the members of the marketing team at The One Iranian Company as the Citadium Project Development Management. Delphi is one of the specialized methods for sharing and exchanging ideas. After data collection, through this group work The One Iranian Marketing Expert Team examined all the road networks, types of spaces, connections and advertising tools through determining marketing strategies which are needed for this campaign and identifying the target community. According to a common category, information networks are categorized in to two parts, ATL and BTL, which means public and broad communication and direct and specific communication with the audience. According to professional marketing experts in The One Iranian's Marketing Group, we think BTL advertising tools could include online advertising or social media, event and conference hosting, rental and sponsorship, and ultimately direct marketing, and ATL tools could comprise print media and environmental advertising. The marketing team of The One Iranian Company is always trying to offer the best options to the employer by examining all the tools in detail and comprehensively, considering the knowledge of the market, target groups, accurate identification of socio-economic and cultural dimensions of Urmia city and the planned budget.

The first official launch of the Urmia Citadium logo was through sponsorship of the World Volleyball Games, and it was held successfully among the fans of the volleyball team and the people of Urmia and Ardabil.

The production of effective and practical content on social networks, the announcement of important events and contents in the field of brand identification, and strengthening the creation of a positive view in the minds of the audience and the people of Urmia have been among the efficiency of this campaign.

Another important action of the marketing team was participating in the grape festival, one of the most prestigious seasonal festivals in Urmia, in order to get to know more about the people of Urmia. Among all the proposed programs, the performance of the sport of parkour was considered for this program due to its vibrancy and excitement. Due to the coincidence of the Grape Festival with the mourning days of Muharram, the festival was canceled and instead, the Summer Festival was held from August 17 August 24, 2019 in the coastal village of Chi Chest in order to use the last summer’s day opportunities to hold a social-family ceremony.

With the aim of identifying the brand and the initial display of the Citadium logo, the first release of the billboards with the design of the expert group of designers and graphics under the supervision of the marketing team, was performed in September. For the first time, the city was filled with the happy and exciting colors of the Citadium, and recorded beautiful scenes and images in people's minds.

Collaboration and participation in the Golden Trade (Tejarat Talayi )Magazine and Website To introduce the Citadium brand among activists in the relevant fields, was chosen as an effective step  to create a bond with different brands and activists in the field of construction and management of shopping centers in this campaign. In this regard, Citadium was presented in Aghri magazine, a political, social, cultural, economic and sports magazine, which is one of the most popular publications in West and East Azarbaijan province.

Another action of the Citadium's marketing team has been to provide promotional gifts for business and organization managers.

The marketing team tried to introduce and identify the Citadium brand and also the general goals and characteristics of the brand through holding the first stage of the Urmia Citadium Campaign and it was caused to generate a lot of feedback such as asking questions about the function of the mall, how it differs from other shopping malls, and its advantages over competitors.