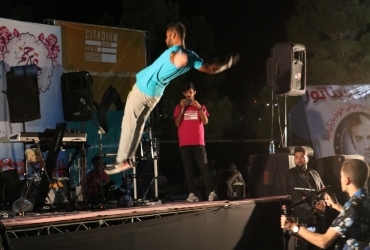 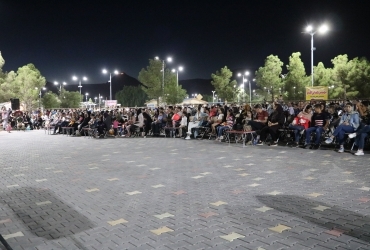 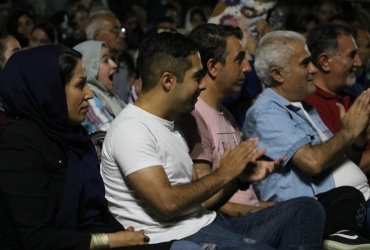 Active attendance of Citadium in local festivals of Urmia

Following the activities of the advertising campaign of the Urmia's Citadium Project and in order to introduce the Citadium brand, the Citadium 's Parkourkaran team, with an enthusiastic performance at the Iran Zamin Summer Festival in the coastal village of Chi Chest, Urmia, celebrated happy and memorable moments with Urmia families. Due to its social responsibility, Citadium participated in the festival with the special support of an energetic and self-made Parkour team. This program, which was welcomed by the visitors of this festival, has been done with the aim of acquainting the audience with the commercial and recreational complex of Citadium of Urmia .

According to the policies set by the expert  group of Advertising Campaign of the Citadium of Urmia  which considers the creative advertising and partisan marketing programs, The One Iranian company, strategic consultant of development and marketing of Citadium project, organized the second propaganda program of this complex along  with the enthusiastic people of Urmia like the first program of unveiling the Citadium brand in the World Volleyball League, Hosted by Urmia. This exciting program was held at the festival, which introduced the local customs and handicrafts of West Azerbaijan, with the enthusiastic and cheerful people of Urmia. So far, the expert team of the Urmia Advertising Campaign has organized all the advertising programs of the Citadium with the focus on the family. The working group believes that the family is the citadium's main audience, and paying attention to the well-being of families, traditions and rich culture of the people of Urmia are the most important priority of this campaign; therefore, no advertising program which focus on leasing the units has been pursued.