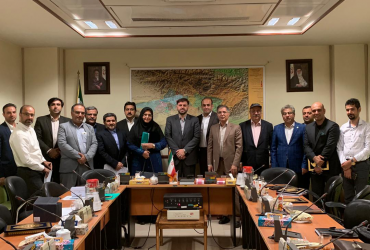 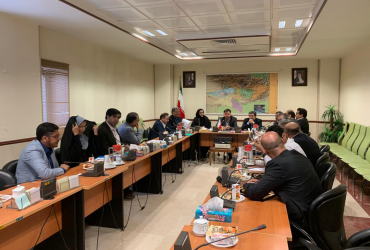 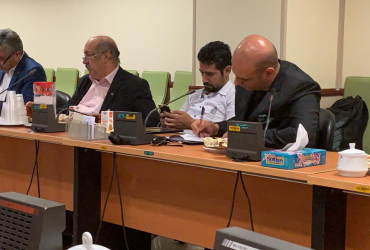 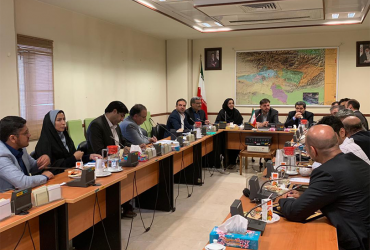 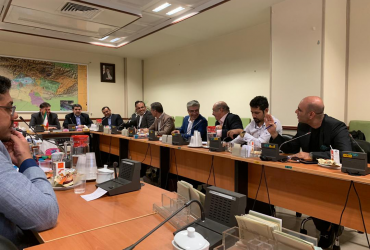 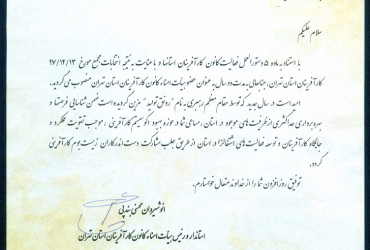 Tehran Entrepreneurship Board Meeting with the presence of Mr. Mohammad Emami Amin, Deputy Governor of Tehran Economic Affairs Coordination (as Chairman of the Board), Ms. Rezaei, Director General of Cooperatives, Labor and Social Welfare of Tehran Province (as Secretary of the Board), and some representatives of the executive organs of Tehran province were held at the Tehran governor's office.

At the beginning of the meeting, Mr. Majid Sayari, former head of the Entrepreneurship Center of Tehran Province, presented a report of the previous performance of the center to the members and the audience. In the following, on behalf of Dr. Mohseni Bandpei, honored Governor of Tehran, through some verdicts by Dr. Emami Amin, Deputy Governor of Tehran Economic Affairs Coordination and Chairman of the Board of the mentioned Center, Mr. Bashir Anisi, former Secretary of the Center, and Mr. Majid Sayyary, former head of the center, were acclaimed, and the sentences of the elected members of the next 2 years were granted to them.

Engineer Bashir Anisi, CEO of The One Iranian Company and former secretary of the Entrepreneurship Center, while congratulating the elected leaders of the new period of the Entrepreneurship Center, said: Today, a heavy burden was lifted from my shoulders, with the full pride and joy, this responsibility was handed over to my dear friend Dr. Majid Sayari through the election of the Board of the Center. I am very happy that a capable and patient human being with exemplary honorable character who has the responsibility of a bigger and higher position in the country as the president and secretary of the National Entrepreneurs Association, has accepted this responsibility as the secretary of Tehran province, and with the majority of votes of the members of the Board of the Center were elected for this position.

Also, the selection of my dear friend and brother Mr. Amir Hossein Shaghaghi, the top entrepreneur and owner of Shirin Novin brand, as the head of the Entrepreneurs Association shows the achievement of the desires of the collection and the progress and fruition of planned programs in order to achieve the high goals of the center. I wish him and the other honored members of the association more and more success.

It is a great honor for me to see the results of more than 2 years of my continuous efforts and my colleagues in the Entrepreneurship Working Group with the fruition of these seedlings, and the establishment of the Entrepreneurs Association. We hope to see the growth of entrepreneurial spirit in the context of this center in our beloved country.