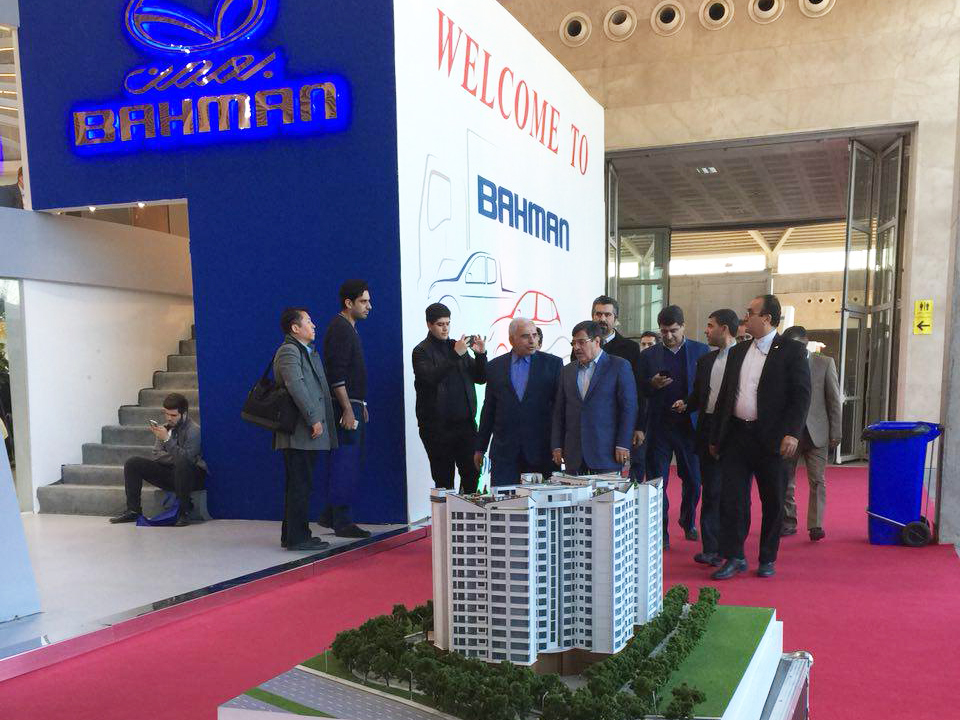 Panaroma has shined among automobiles

Tehran Auto Show hosted international and local automobile companies from 27th of November till the first of December. The exhibition was held for the second time and it attracted lots of people’s attention.

Since the recognition and selection of the best areas to advertise can be considered as one the most critical points of marketing, The One Iranian had chosen this event as a perfect opportunity to introduce Panaroma project, one of the best real estate investment opportunities in Tehran.

Tehran Auto Show was one the most crowded fairs of Tehran that was a good chance for people active in this industry to improve their business profile. Using the crowd opportunity, Panaroma residential buildings could be introduced to the visitors. This had resulted to a number of visits from projects that led to knowing the project’s facilities, services and characteristics more. 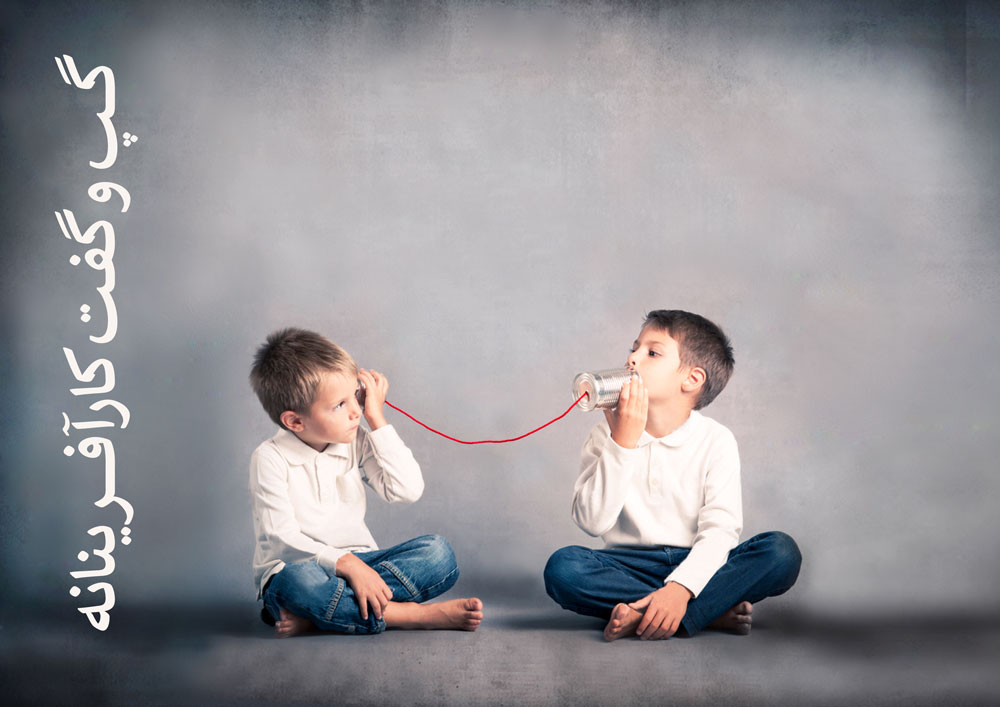 Friendly gatherings are planned to be held monthly in economics college of Allameh Tabatabee university focusing on the topic of entrepreneurship. These gatherings which are organized by the effort of the professors by the name of “entrepreneurial conversation” are supposed to make the students know more about the process of entrepreneurship and lead them in it.

The first meeting was held leading by Mr. Bashir Anisi, the selected entrepreneur of country in the field of services, in economics college. Some of bachelor, master and PhD students in addition to board members participated in this friendly gathering and it was a good start for students to get to know about entrepreneurial concepts, meanings, the importance of self-employment, different finance tools and the ways to attract the supports for beginning of entrepreneurship process. Alongside the questioning and answering Mr. Anisi described the process of entrepreneurship from beginning to development phase.

These gatherings are supposed to be held monthly in economics college of Allameh Tabatabee University and the successful entrepreneurs announce their interest to share their experiences there. It is hoped that it will be a help for those students with a potential to enter the business cycle of country.

The One Iranian was among the sponsors of culture section at national independency ceremony hold in Mexico embassy in Tehran. During this ceremony, which was held with the attendance of some of European and Asian ambassadors and diplomats, actors and actress, artists and local and international investors, The One Iranian presented its under management projects and especially focused on Panaroma residential project’s marketing.

This ceremony was held in the house of Mexican ambassador, Mr. Jose Alfonso Zegbe. Panaroma luxury towers were presented to the ceremony participants and the investment benefits were described.

Panaroma is an exclusive and unique residential project in the region in case of providing welfare and recreational services. These 19 story towers are being constructed in the land area of 10000 square meters in Region 5. 7000 square meters of this area belongs to the open and green area. Easy accessibility by Hemmat and Bakeri expressways, 360-degree view to Tehran, artistic architecture of Farzad Daliri, the famous Iranian architect, good physical progress and active workshop of the project are the advantage of this project. Unconditional guarantee of the buildings by Dana insurance company is one the most distinguishing points of this project in comparison to others. 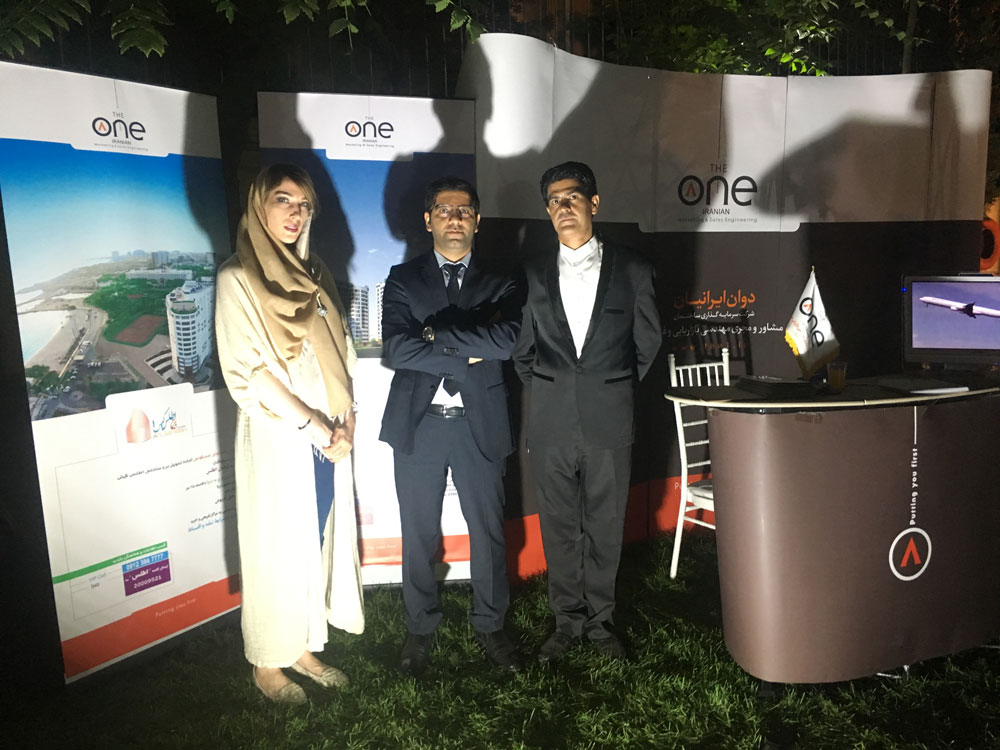 Panaroma, the host of foreigner investors

The One Iranian team, the first exclusive sales and marketing company in Iran real estate, was hosting a group of artists and investors in Vietnam embassy as one of the cultural and social sponsors of the ceremony. The ceremony was held in 7th and 8th of September from 8 to 10 p.m. and Panaroma project introduction was being welcomed from the participant people.

The ceremony was started by welcome speech of Dr. Negvin hung tach, the ambassador of Vietnam, in Farsi language and then the documentary movie of “the heaven is not that much faraway” about touristic attractions of Vietnam was played. In this ceremony Mrs. Atefeh Samari the handicapped painter who creates beautiful artwork by her mouth was applauded and some of her artworks were bought by the invitees.

Mr. Nazir Anisi, the development manager of The One Iranian, shortly introduced the activities of the company and explained about the benefits of investing on Panaroma project. He said:

“Panaroma is an exclusive and unique residential project in western Tehran. The 19 story towers provide all the welfare services and facilities for their residents. Easy accessibility, 360-degree view to Tehran, artistic architecture of Farzad daliri, high percentage of green and open areas, good physical progress and active workshop of the project are the advantage of this project. Unconditional guarantee of the buildings by Dana insurance company is one the most distinguishing points of this project in comparison to others.”

By releasing photos and information of Panaroma project in Hamshahri newspaper, it entered into a new phase of marketing. Giving the information about the project to the potential investors interested in real estate industry, is the main purpose of the campaign.

Panaroma residential towers are under construction in one the most prosper Tehran regions, region 5. This project is designed by Farzad Daliri, the famous Iranian architect. Rahab Sakht Mahan, one of the best construction companies, is responsible for the project construction management. The unique and distinguished point of view of the owners had made it as one the best residential projects of Tehran.

Calmness and comfort of the residents are the main parameter of its construction concept. Pools and spa, gym salons, tennis, volleyball and basketball courts, library, meeting rooms, cinema, kindergarten and green roof garden are the social areas of the project. 5 years guarantee of the building by Dana insurance company is also another positive points of Panaroma.

As one the investors and sponsors of Avatec accelerator company, Mr. Anisi had a speech on the 5th Demo Day of Avatec. Avatec is the first Iranian Accelerator supporting Iranian startups. Make the connection between startups and investors, coaching and professional consultancy, offering work space, networking and other services like online advertisement are what Avatc provides for startups. Many groups in that day presented their business ideas and concepts so that investors and developers can get to know them.

Mr. Anisi as one Iranian successful entrepreneurs whose social concern is the growth of accelerators and investors activities and business dynamics, in his speech mentioned about the importance of supporting startups in national economy growth. He said that accelerators can play a very important role in this process as the connectors of business ideas and investments. 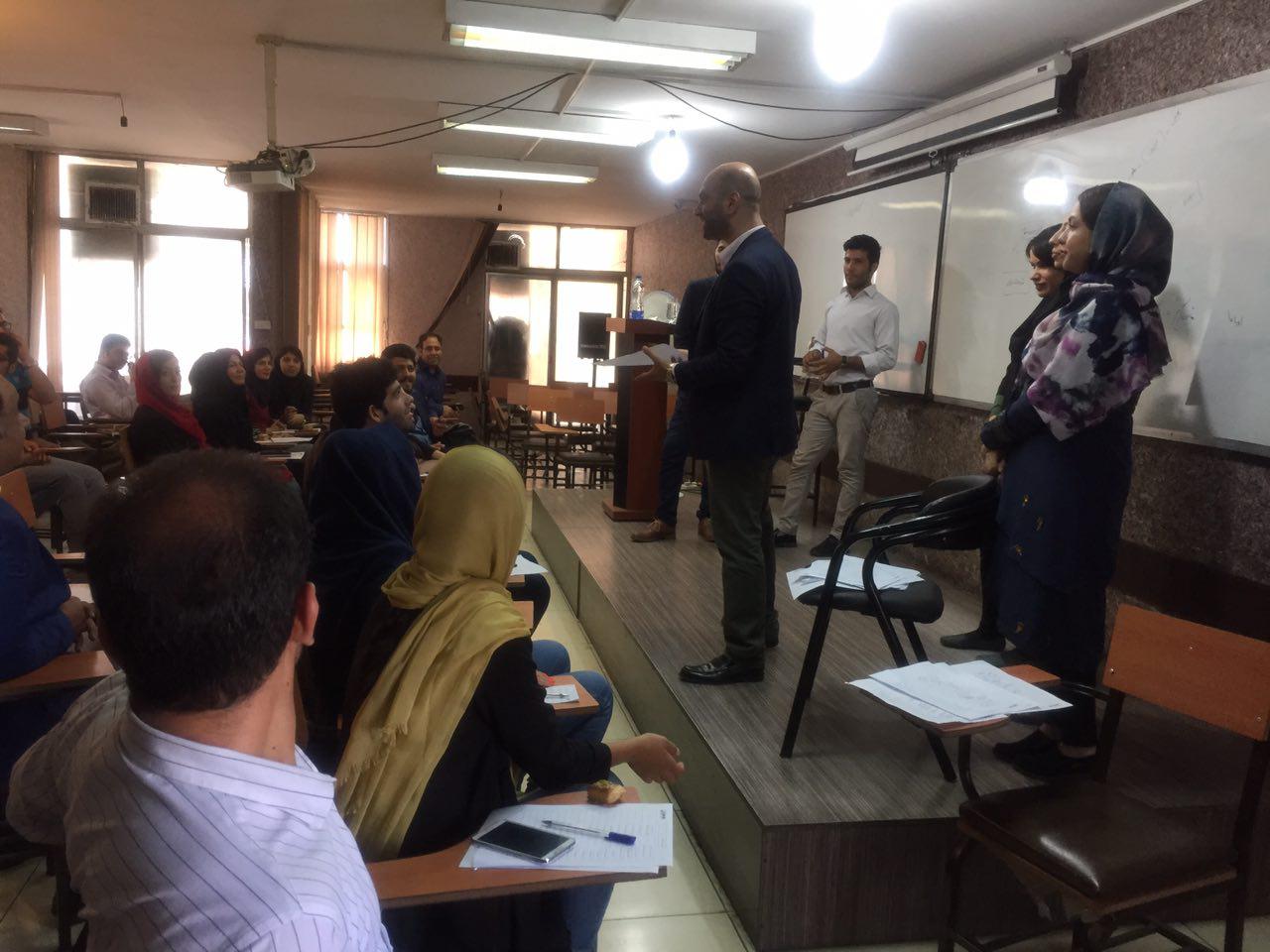 Mr. Anisi, CEO of The One Iranian, on 25th of July participated in Mahan academic institute gathering and organized a seminar with the topic of improving institutional skills and study on different character differences. This gathering was held in Mahan academic building and Mr. Anisi as one the former colleagues spent some energetic hours among Mahan staffs and members.

The discussed topics and techniques in this workshop, including game theories in recognition of different types of characters, all were in purpose of improving positive interactions between staffs and the team work sprit. The participants were satisfied from the workshop topics. Mr. Anisi believes that the accurate recognition and understanding of personality characteristics can have a great positive impact in organizational relations. He added that education can affect this ability effectively and the skill of knowing people personalities is totally adventitious.

The One Iranian, Supporting Karaman

The One Iranian always supports entrepreneurship ideas and efforts and again, he showed his support to Karaman company by participating in their creative business program.

The main concept of Karaman company refers to connecting the recently graduated students to the employment market. Karaman tries to provide necessary work experiment and experimental expert to this group of people who just left the university so that they can enter the market more prepared.

Karaman is a free platform that creates a communicational bridge between young people and well-known companies so that students and graduates by doing some volunteer business jobs or internships all over Iran can find the opportunity to be in a high-standard business environment and find their own professional interests and plans by this regard. This platform is active all over a year and in different periods of a year have different plans for interested people. So, young people can go through the website and register their information and receive some consultation and guidance to choose the right companies. The education field, personal characteristics and interest and special skills are some factors that Karaman take into consideration in introducing available opportunities to each person.

Mr. Anisi, CEO of The One Iranian, believes that academic and educational progress beside benefiting from the experiments of successful people can result in finding the best job opportunities that fit to our skills and interest perfectly. It’s a long time that in developed countries students cannot go into professional market just directly and they should spend some internship programs even as a compulsory part of their studies or as a volunteer to catch the better job opportunities.

The One Iranian started his cooperation with Karaman from summer 1396 and welcomed to some interested students for a period of 3 months. The One team tries their best to transfer the experiment and knowledge to them and play an effective role in their future lives. 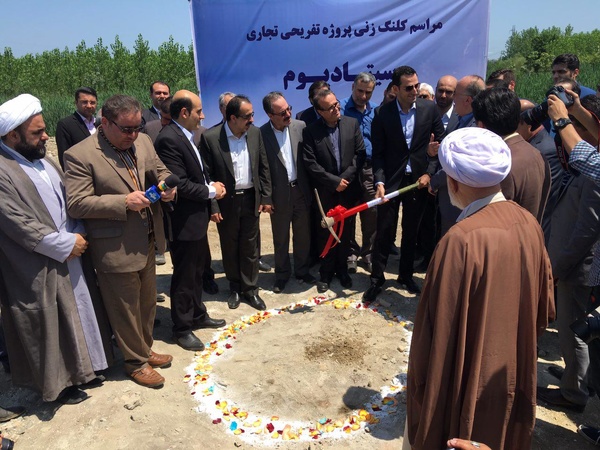 Groundbreaking ceremony of the biggest commercial project of North Iran

The groundbreaking ceremony of Citadium commercial project was held on 18th of July with the presence of some officials and executive managers of the region. The regional governor, Mr. Mohammadali Najafi, the sub-regional governor, Mr. Siroos Shafaghi, the chairman of Industry and Commerce Organization, Mr. Ali Montazer and some other officials gathered to this ceremony as the official beginning of construction phase of the biggest commercial and recreational project of north part of Iran.

Mr. Ali Montazeri included Citadium as the most important tourist attraction of Rasht and said: Citadium has the right standard to attract the investment flows and the best brands will be eager to come here.

Citadium is under construction in a land of 5 hectares with a great location in Rasht city. YAP architect consulting company is responsible for the design and Hyperstar daily shopping center will have a branch in this project as the first time in North Iran. The constructor is Rahab Sakht Mahan that is the construction company of Bouka Holding Co.

The One Iranian plays the role of strategic manager from the beginning of the project. Project allocation, concept definition, doing feasibility study, team management and marketing and sales consultation are some parts of The One responsibilities in this great project.